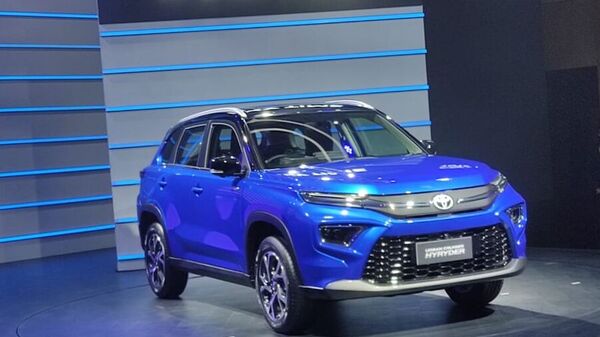 Toyota Kirloskar India unveiled the mid-size SUV called Toyota Hyryder on Friday. The carmaker introduced the full hybrid model of the SUV which is similar to the Urban Cruiser.

Codenamed ‘D22’, the booking for the Toyota Hyryder has been opened online and at a dealership for a token amount of ₹25,000.

“In line with these goals, we are very happy to introduce the Urban Cruiser Hyryder, which will give a substantial boost to ‘Make in India’ and ‘Mass Electrification’ initiatives and thereby providing further impetus to ‘Atamanirbhar Bharat’,” TKM Vice Chairman Vikram Kirloskar said at the unveiling of the model here.

The Urban Cruiser is equipped with a Self Charging Strong Hybrid Electric Powertrain, bringing the company’s self-charging technology into the country.

The Toyota Hyryder comprises another powertrain option which is ‘Neo drive’. Neo Drive trims, which are equipped with an all-wheel drive (AWD), will also have an option of five-speed manual transmission and six-speed automatic transmission.

The SUV has a 1.5 litre engine with Toyota Hybrid System (THS) and e-drive transmission. It delivers a motor output of 59kW and torque of 141 Nm. The combined power of the engine and power is 85kW.

The Hyryder will be offered in seven mono-tone and four-dual tone colours.

The SUV might start from ₹12 lakh and will go all the way up to ₹20 lakh (ex-showroom).

Flipkart Offering Massive Discount on Apple iPhone 13 Ahead of iPhone...