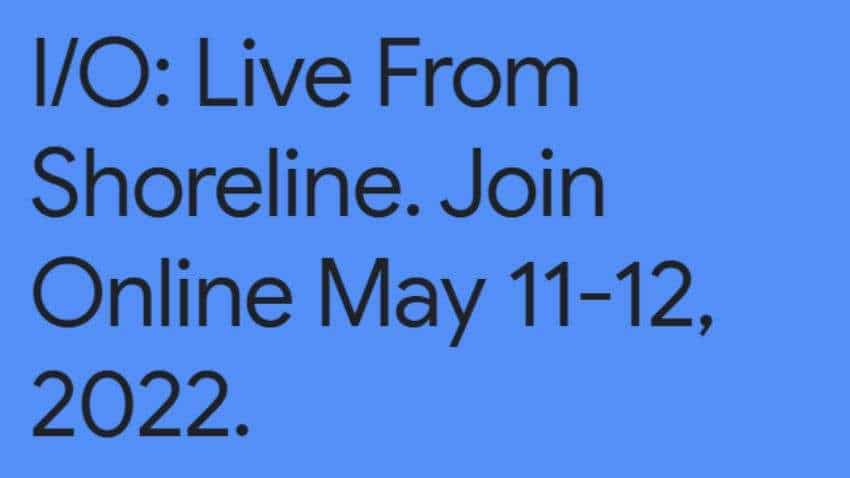 Google I/O 2022 LIVE streaming: The stage is finally set! the US-based tech giant Google is set to host its annual developer conference — Google I/O 2022, which will begin from today (Wednesday) with a keynote address from Alphabet Inc CEO Sundar Pichai and go on until May 12 (Thursday).

If you interested and want to attend this google event, you can register yourself first on io.google/2022.

Google will announce updates to its cloud infrastructure and other platforms and tools such as Flutter, Firebase, and artificial intelligence (AI) and machine learning (ML) based platforms.

The company has also opened a poll on its official Android handle on Twitter asking users “Which update are you most excited to see on May 11–12?” The options include — Security Updates, Messaging Updates, Cross Device Updates and New Partnerships.

Google has already shared a tentative timeline of launch for its upcoming Android 13 mobile operating system. The company shared the first beta preview of the Android 13 OS last month.

It is possible that the company uses the platform to release the second beta version of the OS and talk a little bit more about the key features of the Android 12 successor, the BGR India report said.

Android 13 will also bring a new Photo Picker feature which will allow users to share photos and videos securely with other apps. Also, Google will also introduce a new feature in Android 13 that requires users to give permission for notifications.

Google typically uses Google I/O to launch out its mid-budget smartphone. The company is expected to keep up with this trend in 2022 with the launch of Pixel 6A smartphone.. As per reports, Google’s Pixel Watch is also expected to come.

In addition to this, the company is also expected to introduce updates to its virtual assistant — Google Assistant — Chrome OS, Google Play Store and Google Maps at the event.