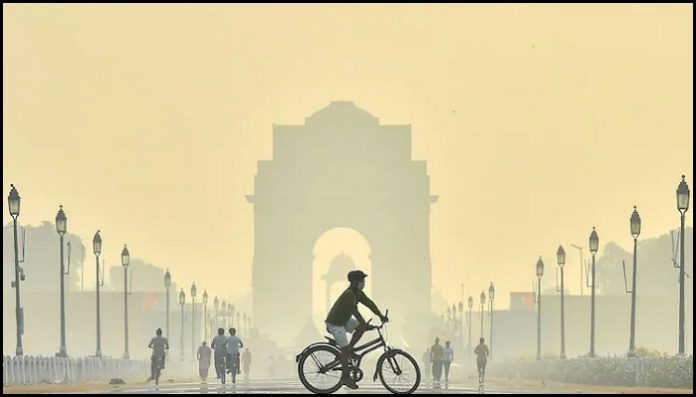 A total prohibition on the manufacturing and sale of any kind of firecracker was ordered from the Delhi Pollution Control Committee in Delhi, the capital of India, until January 1.

AAP Delhi government Delhi has followed the policy of banning fireworks in winter.

One might ask, why this announcement was made so early?

The rationale is that it allows extra time to set up an instrument to monitor the illegal manufacture, sale, and use of fireworks.

In accordance with the Delhi Pollution Control Committee (DPCC) order the ban is extended to online sales of fireworks.

The order stated that

“There will be a complete ban on the manufacturing, storage, selling (including delivery through online marketing platforms) and bursting of all kinds of firecrackers up to January 1, 2023 (sic)”.

A complete ban on firecrackers from January 1st, 2022 was announced by the Delhi the government in the last year.

To stop the use and sale of firecrackers, a ferocious campaign was conducted with 15 special teams from the district level.

The ban was put in place to restriction on the sales or use of fireworks within 14 districts within the National Capital Region.

A bit on a different note, Uttar Pradesh allowed the use of green crackers during Diwali only 2 hours within areas that have decent or superior air quality.

However, in spite of the limitations imposed by the authorities,

people still light firecrackers until late into the late at night at night in Delhi, Noida, Faridabad and Gurugram during festivals like Diwali.

As per the DPCC the fireworks caused major shifts in the PM10 as well as PM2.5 levels within Delhi the evening of Diwali the night (November 4 and 5, 2021).

Because of this, along with the many farm fires and other fires, the index of air quality increased the capital’s average 24-hour air quality to 462 following Diwali.

The highest level in the past five years.

There have been numerous allegations that Delhi Environmental Minister Gopal Rai was blamed by the BJP for inciting people to violate the ban on firecrackers during Diwali, by linking it with religious beliefs.

On the 2nd of December, 2020 National Green Tribunal ordered a complete ban on the purchase and use of fireworks in the NCR and in all cities that have bad or worse air quality.

The total prohibition on the sale and use of firecrackers within the NCR and across all cities was issued through the National Green Tribunal on December 2nd, 2020.

Due to the unfavorable meteorological elements such as low temperatures or winds that do not allow for the dispersal of pollutants,

air quality issues in Delhi and its surrounding areas begins becoming worse in the month of October.

It was more because of the biomass burning emissions rather than fireworks that contributed to the poor quality of air in the capital city of India in the days that followed Diwali According to the study conducted by researchers at IIT-Delhi.

Based on SAFAR, the Ministry of Earth Sciences’ air quality forecaster SAFAR the burning of the stubble was responsible for 25% of PM2.5 pollution in Delhi in 2021, 32 percent in 2020, and 19 percent in 2019 on Diwali this year.