Aadhaar Card for Children: Here’s how to apply for Blue Aadhaar or Baal Aadhaar 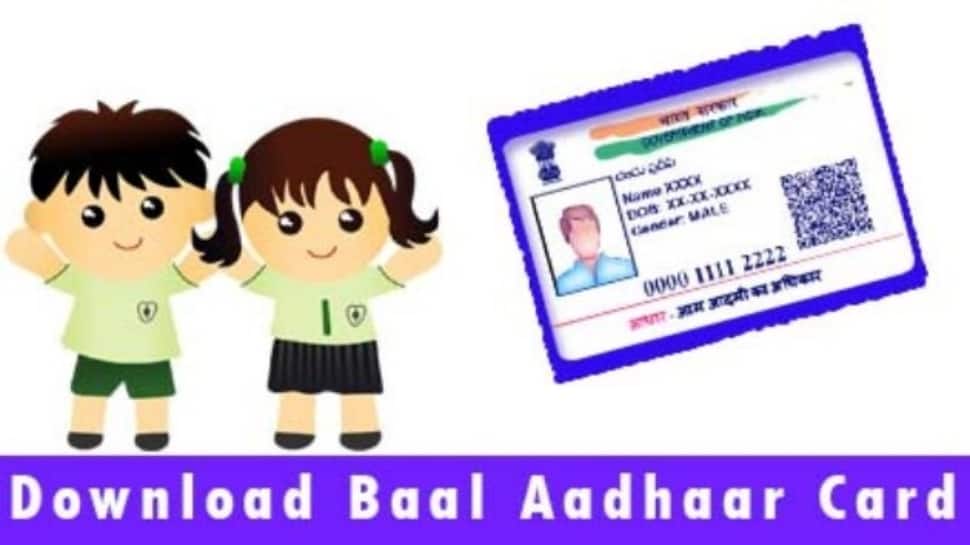 New Delhi: In many circumstances, children, like adults, require confirmation of identification, and the Unique Identification Authority of India (UIDAI) has a solution in place.

Children under the age of five can have their own Aadhaar, which is known as Blue Aadhaar or Baal Aadhaar, where they can get an ID card, just like other Indian citizens.

The Baal Aadhaar card, as its name suggests, is blue in colour, as opposed to the typical white Aadhaar card.

Like ordinary Aadhaar cards, the Blue Aadhaar or Baal Aadhaar has a unique 12-digit number. They do not, however, require the child’s biometric information.

1. Blue Aadhaar differs from normal Aadhaar in a number of ways, the most notable of which is that it does not require the child’s biometric information. This registration is free of charge.

2. Parents must fill out a form to register their children for the event. They will next be required to present identification documents, such as a birth certificate or hospital discharge form, as well as a photograph.

Aadhaar information from a parent is also necessary while applying for a Baal Aadhaar or Blue Aadhaar.

3. The UIDAI requires biometric information like as ten finger biometrics, iris and facial pictures of children beyond the age of five, hence a Baal Aadhaar becomes worthless when they turn five.

After then, at the age of 15, another update is required, which is also free of charge.

4. The government launched the Blue Aadhaar card service in 2018 with the goal of tapping into the demographic of youngsters under the age of five.

Step 1: Gather all relevant documents, including any parent’s Aadhaar card, the child’s birth certificate, and proof of address.

Step 2: To enrol in Blue Aadhaar, you must go to an Aadhaar Seva Kendra, therefore make an appointment at your nearest kiosk. You can also pay a visit.

Step 3: Because the parent’s Aadhaar will be matched with the child’s UID, you will be required to give your Aadhaar card. You will also be needed to provide a phone number, which will be used to provide the Blue Aadhaar card.

Step 5: After all of this is completed, a photograph of your child will be taken at the Blue Aadhaar enrollment centre.

Step 6: Following that, the confirmation procedure will begin.

Step 7: You’ll get a message when the verification is finished after you’ve checked the papers.

Within 60 days of the completion of the verification process, your child will receive a Blue Aadhaar or Baal Aadhaar card.