AirIndia to place order of 30+ Planes for it’s Fleet 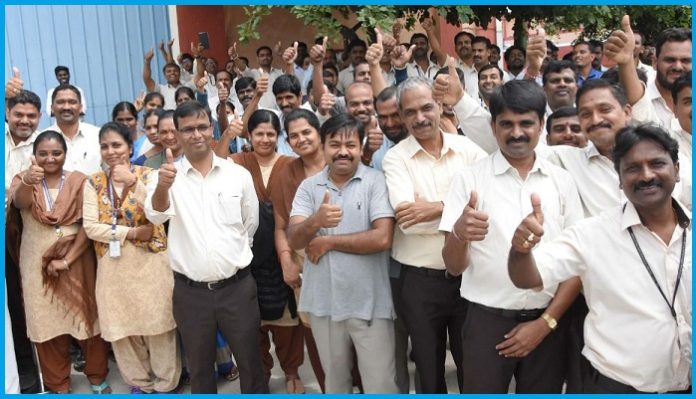 For Central government employees who are waiting for the announcement of the government regarding Dearness Allowance (DA), Navratri may bring positive news.

According to the reports in the media reports that the major announcement, that everyone has been anticipating, may be made public at Navratri i.e. September 28.

However , no formal announcement about the same has been made as of yet.

If the results are to be believed, it is possible that the Dearness Allowance of employees could be raised by 4 percent.

This could mean an increase in the overall DA could be as high as 38 percent.

A rise of DA this month has been suggested by the CPI-IW of All-India for June.

This is not just a increase, but the employees could also be able to collect arrears during the months of July and August.

Let’s look at the appraisal process for DA. It is the DA component of employees in central government is updated twice in a year.

From January to June one DA is issued. The second DA is given from July until December.

According to the figures provided from the Ministry of Labour & Employment The 1-month change in percentage was 1.35 percent compared to the prior month when compared with the increase of 0.42 per cent between the same months in the year before.

In May, the AICPI numbers, as per the most recent ministry reports, stood at 129.

However there is an AICP Index for the month of June suggests certainty that DA will be higher. The AICPI data for June is at 129.

In terms of percentage change over a single month the decrease was 0.08 percent in comparison to the previous month, compared to an growth of 0.68 per cent in the same month a year ago.

For March it was an increase of one point. The AICPI index for March were 126.

This was a benefit to over 1.16 million central government pensioners and employees.

Beginning January 1st, 2022, this increase will be in line with the accepted formula which is based upon the suggestions from the 7th Central Pay Commission.